A Closer Look at The Shack 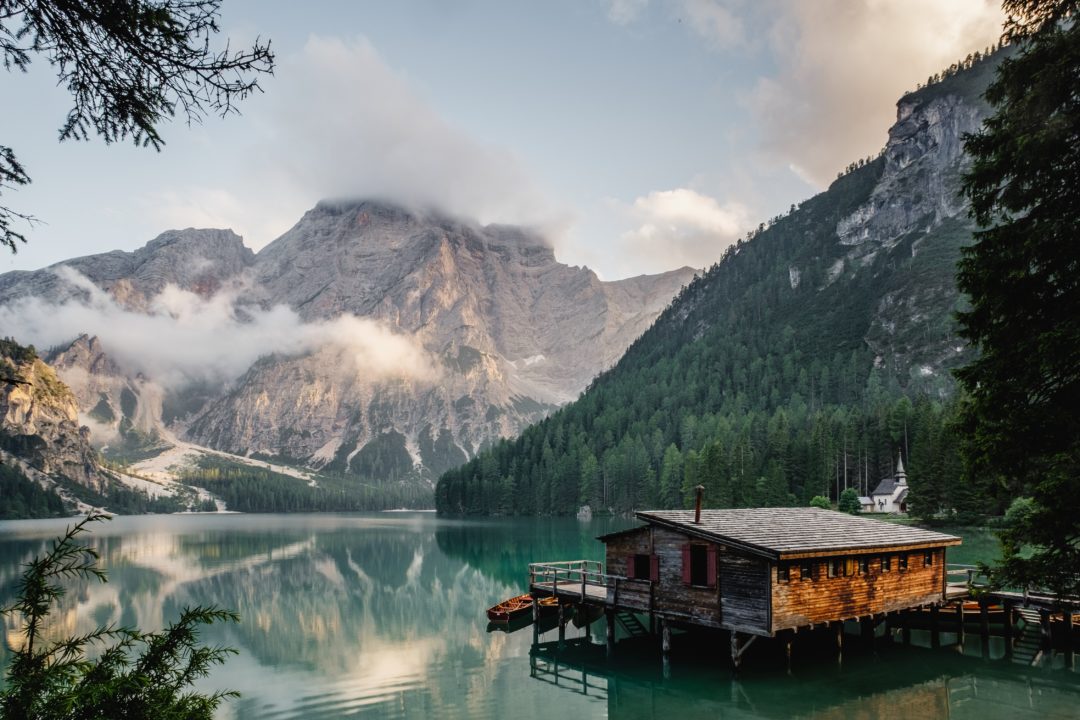 It was in my late twenties that I discovered the writings of Paul Young and The Shack, and it could not have come at a better time. I converted to Christianity at age twenty after I discovered Jesus at an Episcopal Church in which my humanities professor, Father Bob, served as a part-time rector. As I took the host for the first time from Father Bob, I leaned against the communion rail and wept with joy because I knew I had finally found Jesus, my true home.

During my twenties I struggled to plant roots in a church community. I was scared of becoming vulnerable with others.  But luckily, I had discovered a local church known for its hospitality and warmth and began the long, slow process of being seen and known by others.  However, that particular community of believers was rooted in a particular strain of Protestant evangelicalism.  I appreciated the religious literacy received there and still have quite a few friends whom I love from the community.

However, the church teachings centered on the righteous wrath of God, the atonement of our sins by Christ’s sacrifice, saving the souls of others as quickly as possible, and how one’s salvation could be lost on a whim given the loving yet mercurial God in whom we were supposed to trust.  The Holy Spirit was mentioned as someone to connect with but we were taught that one must beg the Spirit to spend time with us, humans being fallen and sick creatures who deserved punishment for our inherent unworthiness.

The god preached at this church sounded a lot like the angry father I grew up with.  But I loved the people at the church so what was I supposed to do?  How could I reconcile the love of God that was found in the Scriptures and the wrath of God that was preached at my church?

So when I discovered The Shack through my mentor, I was thrilled to read something, anything that talked about the love of God in a different way than I received at the church I attended at the time.

Reading The Shack was an eye-opening experience for me because it transformed the way I approached and loved God due to its emphasis on the Trinity. Growing up, I was not raised with any religion, so the concept of the Trinity was a fun but obscure part of my religious literacy I experienced after I became a believer at age twenty.  I do not recall any sermons during my college or early adult years that centered on the doctrine of the Trinity, and remained intrigued while reading the book.

Briefly, Young pens The Shack as a fictional story centering on the redemption of one lost soul named Mack who is devastated by the loss of his murdered child Missy.  After receiving an enigmatic message from God to join him at the shack, Mack packs his truck with supplies and heads off to the place of his nightmares, a patch of Oregonian forest, where his daughter’s body is last seen.   After his encounter with the Triune God, Mack comes away from his time at the place of one of his great wounds more alive and joyful and awake than ever before.

While I read the book the first time, I sensed the Divine Presence with me, guiding me to give up old and painful images of God, of one who meted out punishment and was mostly disappointed in my futile efforts to perform well.  In the most basic sense, I knew I was being led to give up frantic performance to God to simply being with God in relationship, which, I think, is one of the main points of Young’s work.

One of the ways this book transformed my understanding of God was Young’s use of having a Black woman stand in as God the Father.   It disrupted my sensibilities of viewing God as an old White male, a notion which I inherited from popular Christian culture, but this startling new image allowed me to shed more toxic layers through its empowering force.  In the story, I sensed nothing of the wrath of God that I had been instructed on in my short time as a Christian, but I sensed something much bigger, more understanding, more kind, more loving, more compassionate, and in all ways good and gracious than I had in all my years as a practicing Christian.  Having God portrayed as a Black Woman showed me that God’s love for us will break through our distorted notions of what it means to be God and how that understanding has the potential to move us to greater trust and surrender.

Even as I write this essay now I can think of several friends who refuse to read the book, of attending a church service in Denver with a friend and hearing the preacher damn the book and its author.  It is amazing to me how difficult it is for people’s perceptions about God to change, how stubbornly they persist in holding onto old notions that hurt themselves and others and God.

Another aspect of Young’s book I found transformative was his use of the novel as the primary means to share theological truth.  The Shack has reached more people precisely because it is a fictionalized tale.  Although The Divine Dance by Richard Rohr shares similar theological themes and is well researched in its scholarship, Young’s book has reached many more individuals because as a story, it invites the reader into the narrative, of a deep and abiding Presence of the Triune God that loves humanity deeply.  Hearing the conversation between Mack and the three aspects of the Trinity and watching the drama unfold put me into the story and receive the theological understanding that Young hoped to convey.

One final aspect of the novel that I found delightful was the use of different racial groups to represent different aspects of the Trinity and the personification of wisdom from Proverbs.  I have a deep respect and love for ethnicities other than my own because all represent the diverse body of Christ.  I was thrilled Young chose to include as many racial groups as possible in an effort to subvert the readers’ understanding and boundaries of what it really means to be a follower of Jesus.  Now more than ever, Christianity in America is so focused on the White perspective that in having other races represent the three aspects of Divinity and Wisdom, Young deftly challenged the oppressive cultural narrative that Christianity is simply for the White, upper middle class person.

Because his book challenged long-held notions of race, White privilege, and salvation (among other things), Young hit a nerve with many Christians after his book was published in 2007.  Even today, the book incites anger among Christians. A cursory Google search on “negative reviews of the shack” yielded over 2,000,000 hits.  After publication, many individuals were confused, unsettled, and deeply disturbed by the relational and inclusive God that Young proposed in the book.  What is interesting to note is that the book itself is based on the unconditional love and acceptance of a Holy and Loving God and the grace with which God moves to help all creatures toward fullness and completion in Him.  What makes it so difficult to trust that God loves us and is for us?

A brief look at our culture and in political and economic systems, shows us that the world systems do not value human relationships but focus on using others, the earth, and its resources for personal and material gain.  Our culture is struggling right now with so many dangerous narratives, including that Whites deserve more access to resources than minorities, and that minorities deserve death in a myriad of horrible ways. We saw the results of these narratives play out in the election of President Trump and the manner in which our current administration spreads evil with glee.

Perhaps our own faith history shows us that we have cast God in our own image after all. Maybe The Shack holds up a mirror to the mess that we humans have created through oppressive rules and regulations and ideologies, our self-imposed shackles that enslave rather than love others.

For me, The Shack has irrevocably changed me, propelling me into greater depths of love and mercy and grace of a Living God who desires wholeness for all.  I no longer view God as the harsh taskmaster who wants only my performance and perfection in order to deeply see and know me.  When I tap into that place of Deep Compassion within me, I am more able to love myself, my neighbor, and others around me.  It is only the mercy of God that brought me to this book and I count myself lucky enough to have found it when I did. 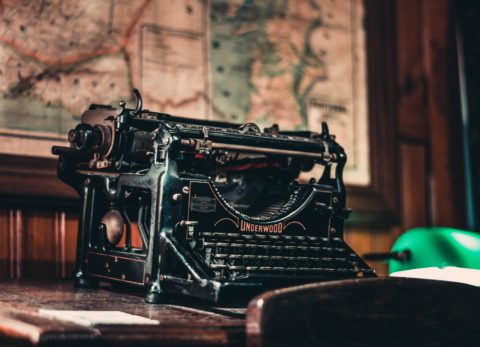 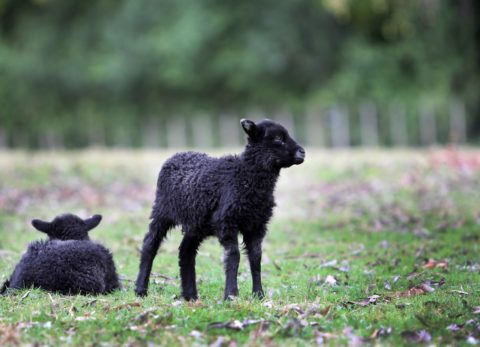 Be Kind to the Black Sheep 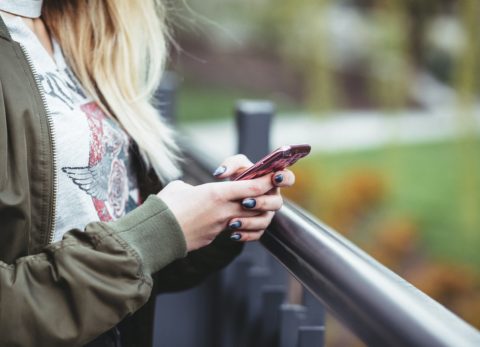 Mining the Digital Depths of Friendship

Sign up here to receive inspiring posts delivered straight to your inbox!